Updated every 5 minutes with the latest real estate for sale in Boynton Beach - including MLS listings, homes, condos, townhomes, investment property, and land - as posted by Boynton Beach real estate agents and brokers - over 30% more listings than Zillow, Realtor, Trulia, and Redfin.

Get Signed Up Now and get the latest Boynton Beach tax and HUD foreclosures, REO properties, bank owned homes, and short sales being offered at HUGE price reductions and significantly lower than retail value.

Boynton Beach is a city in Palm Beach County, Florida, United States. It is a principal city of the Miami-Fort Lauderdale-West Palm Beach, Florida Metropolitan Statistical Area, which had a 2006 estimated population of 5,463,857.

Boynton Beach, Florida offers an unmatched way of life, which is complimented by the Boynton Beach area's sub-tropical climate. For evidence of Boynton Beach's popularity, one need to look no further than the high rate of residential growth for residents of all ages. A tropical hometown where the Atlantic and Florida’s Everglades meet, conveniently nestled in the coastal heart of Palm Beach County, Boynton Beach serves up waterfront dining, abundant shopping, and lively entertainment. The nearby Gulf Stream brings cooling summer breezes and warm winter sunshine.

As Palm Beach County's third-largest city, Boynton Beach boasts the #1 rated beaches according to the Palm Beach Post in 2001. The Boynton Beach downtown area is undergoing a strong redevelopment effort, including a multi-million dollar marina project that will have an enormous impact on the emerging business district.

It was 1894, one year after the last Barefoot Mailman walked along its sandy shores and two years before Henry Flagler built his famous railroad, that a former Civil War major from Port Huron, Michigan named Nathan S. Boynton first set eyes on the area that now bears his name. He was so impressed by the natural beauty of what he saw, the year-round sunshine and pristine beaches, that he returned a year later with a group of colonists and built the famous Boynton Beach Hotel to serve as his family's summer residence.

The first settlers soon realized that an unlimited assortment of fruits and vegetables thrived in the fertile climate. Cultivated pineapples, tomatoes, mangos, oranges, lemons, grapefruits, and limes were packed in crates and shipped by the ton on the newly built Florida East Coast Railroad to satisfy the appetites of hungry Americans across the country. Boynton Beach remained a fairly unknown tropical paradise known for its perfect weather and delicious produce until the end of World War Two.

Soldiers returning home from the war discovered that the small town located only fifty miles north of Miami was an extraordinarily healthy place to raise a family. In addition, Boynton's close proximity to the Atlantic's Gulfstream soon yielded a bonanza of world-record catches and guaranteed that the best -kept secret on Florida's Gold Coast would be a secret no longer. Since that time, Boynton Beach has grown steadily and never looked back. The city's population has risen from 5,000 in 1958 to a present number of approximately 60,000 residents. Most importantly, Boynton Beach has expanded wisely, retaining the charm of her orange groves, fishing marina, and sandy beaches.

Major Boynton and his colorful hotel have long passed into the annals of history, but the irresistible qualities that attracted him and the city's first settlers remain as strong as ever to entice a new generation of visitors and residents.

Located just north of Delray Beach and south of Palm Beach, Boynton Beach offers visitors all varieties of seaside recreation, plus enticing shopping at the Boynton Beach Mall and downtown. The Boynton Beach Inlet provides nearly direct access to some of The Palm Beaches most beautiful coral and artificial reefs. And Boynton Beach’sOceanFront Park easily earns its reputation as one of South Florida’s most attractive beaches. Boynton Harbor Marina sports water activities for kids of all ages, as well as eco-adventures such as Everglades Day held at Arthur R. Marshall Loxahatchee National Wildlife Refuge.

Boynton Beach boasts of lots of shopping malls and centers. One of the most popular is the Boynton Beach Shopping Mall where visitors can catch a flick at the movie theater in between visits to top department stores, over 135 specialty stores and eateries.

Children's play areas and a Carrousel can be found within the mall's freshly renovated Florida garden setting.

On a per capita basis, Boynton Beach has an average amount of restaurant in Florida, but 39% above average for the United States. Amongst the top rates restaurants in Boynton Beach include:

Boynton Beach has never been the life of the party but the city has started to develop a nighttime entertainment destination compared to its neighbors in Delray Beach and West Palm Beach.

The Boynton Smoke Inn is double the size of other locations and is one of the few stores to have its own bar. The cigar bar also has a private, escort-only room filled with legal pre-embargo Cuban cigars.

Approximately 32.63% of Boynton Beach's population has only earned an Associate’s Degree. Boynton Beach has a lower percentage of people with a Bachelor's Degree than Palm Beach County and Miami Metro, which suggests that this is a poorly educated city.

Today’s “Andrew’s House” at 306 SE 1st Avenue is Boynton’s oldest residence. Bert L. Kapp, a Dutchman who moved to Boynton from Michigan built the house in 1907. Although the house is typically thought of as constructed in 1901, newspaper records support a 1907 construction date. The Kapp family sold the house to A.E. Parker, Major Nathan S. Boynton’s son-in-law, and moved to West Palm Beach.

Approximately 29.0% of Boynton Beach's population live in a lower middle-class household, or a household with an annual income of between $25,000 and $50,000. Over the last three years, Boynton Beach city's median household income has declined by 1.9%.

We must remember that the founder of the city had a vision and we need to build on that vision in order to speed up development in Boynton Beach.

Be the first to know when new Boynton Beach short sales, foreclosures, deeply discounted homes, and brand new hot properties come onto the market before anyone else - over 30% more listings than Trulia, Zillow and Realtor.

Do you own a home in Boynton Beach and want to find out instantly and completely free what it is worth in today's market - with absolutely no cost or obligation?

Great opportunity for owner occupied who also want an income property to help pay the mortgage. One side of the property is remodeled and tenant occupied. The other side ...

Enjoy the Florida lifestyle in this totally renovated, spacious, lakefront home situated on an oversized corner lot. Across the street, unobstructed lakefront promenade, ...

Impeccable Home or Investment Property at Colors/Rainbow Lakes in the best school zone of Boynton Beach. Rainbow Lakes is a great family oriented community in a convenien... 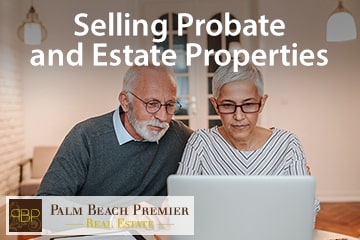 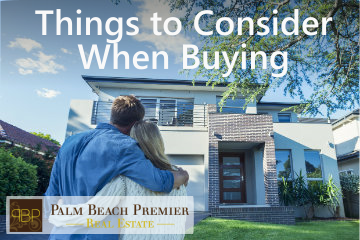 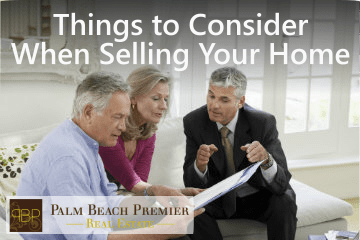